You can find very much Internet resources with ready 3D peyote star patterns, for example this. As a rule the patterns are paid and you cannot make some changing in it. Instead of it Peyote Creator program allows you doing that. With the program you can making 3D Peyote Star graph as you prefer. You ever may put your own image on the graph. 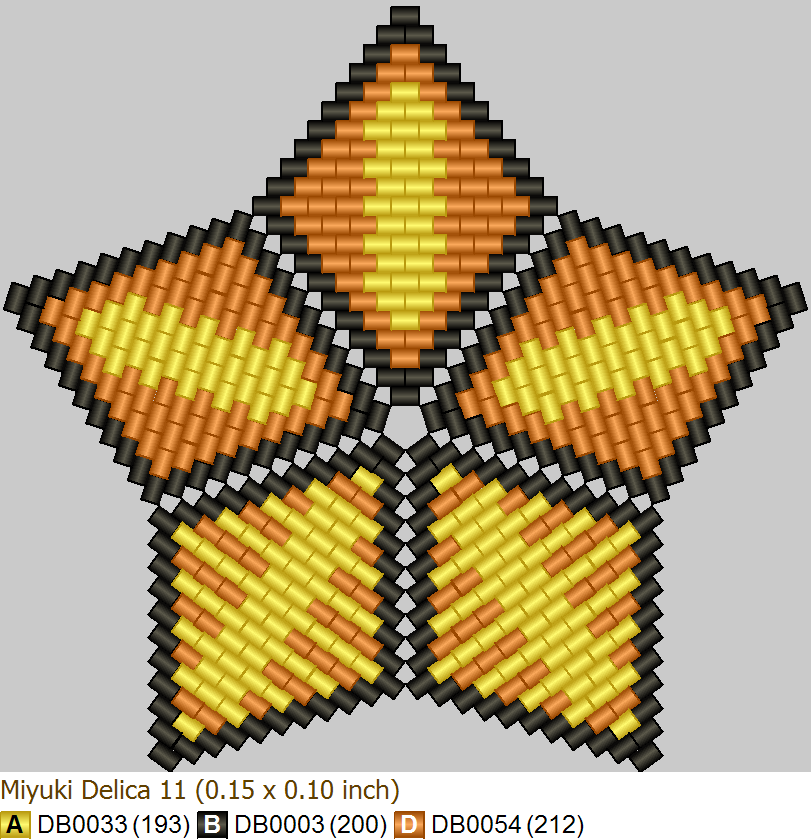 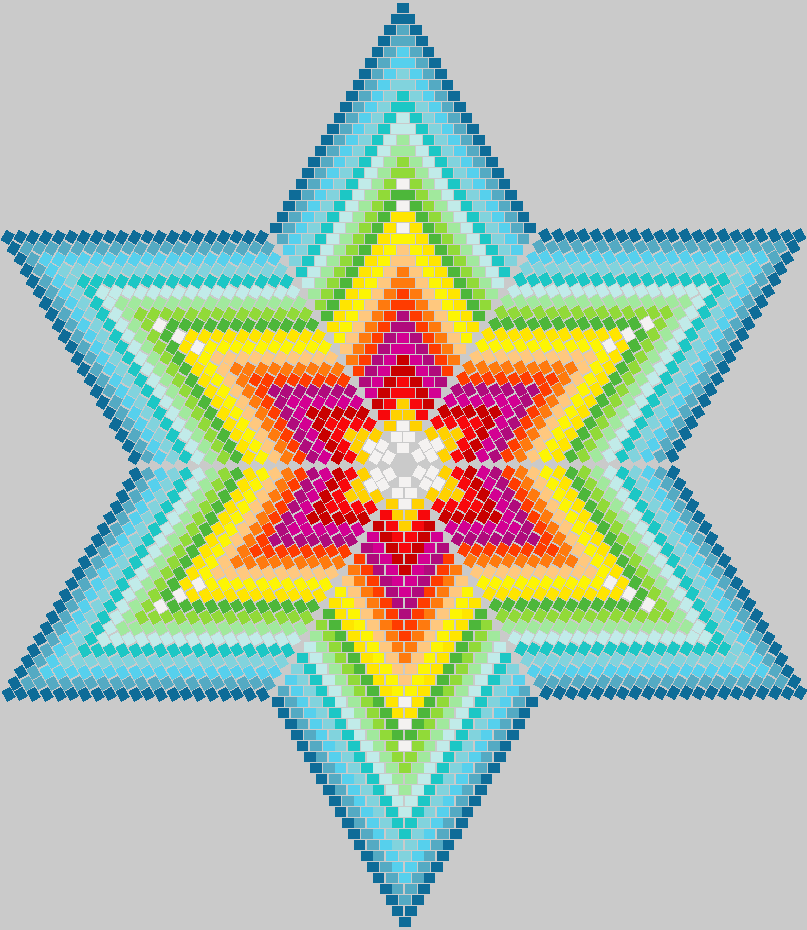 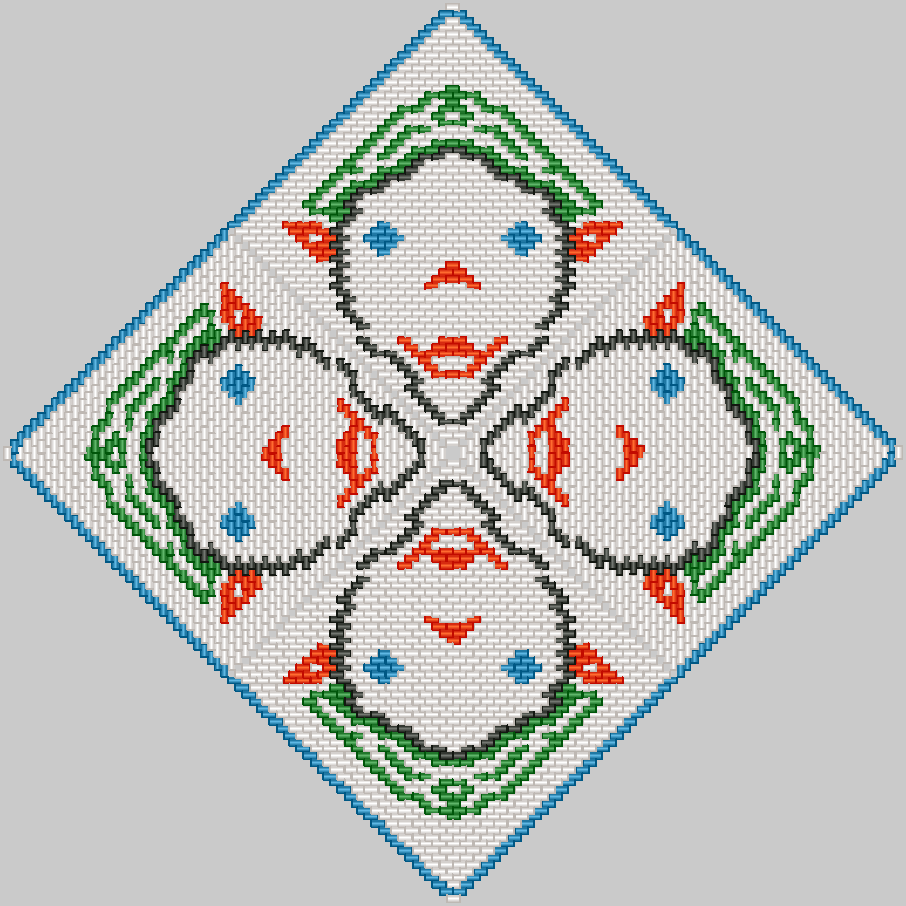 PeyoteCreator program allows edit both colors and shape of all peyote star beads. There are several standard drawing tools as pencil, line, filled recrangle and filled circle. But the program has unique drawing tool “Symmetric Drawing” which makes it much easier to draw symmetrical stars. The basic idea is that the user draws using standard tools, and the program repeats this drawing symmetrically in the specified areas. 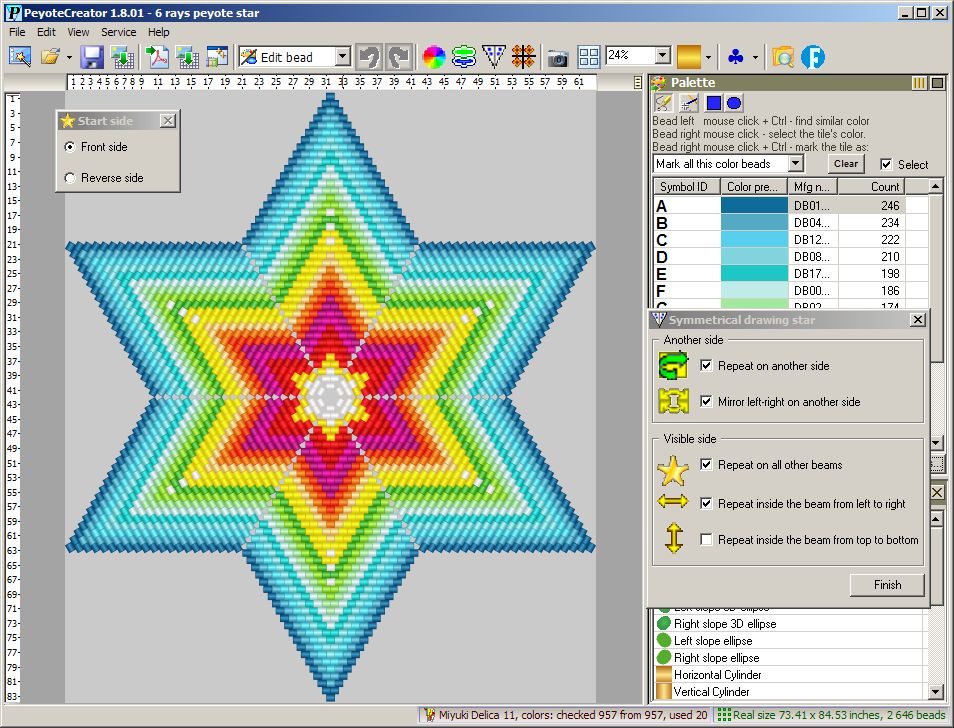 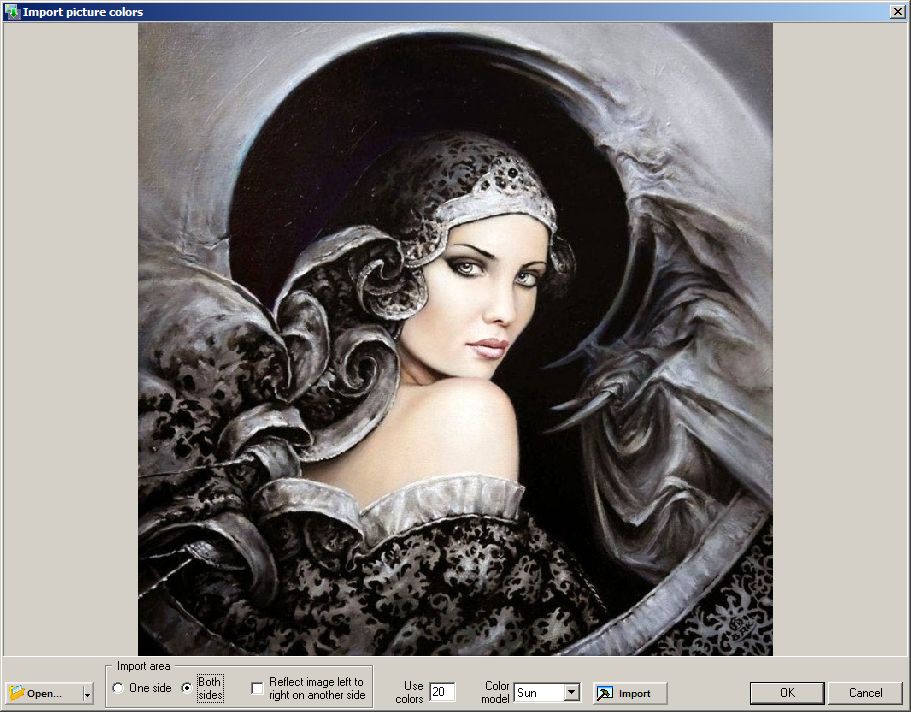 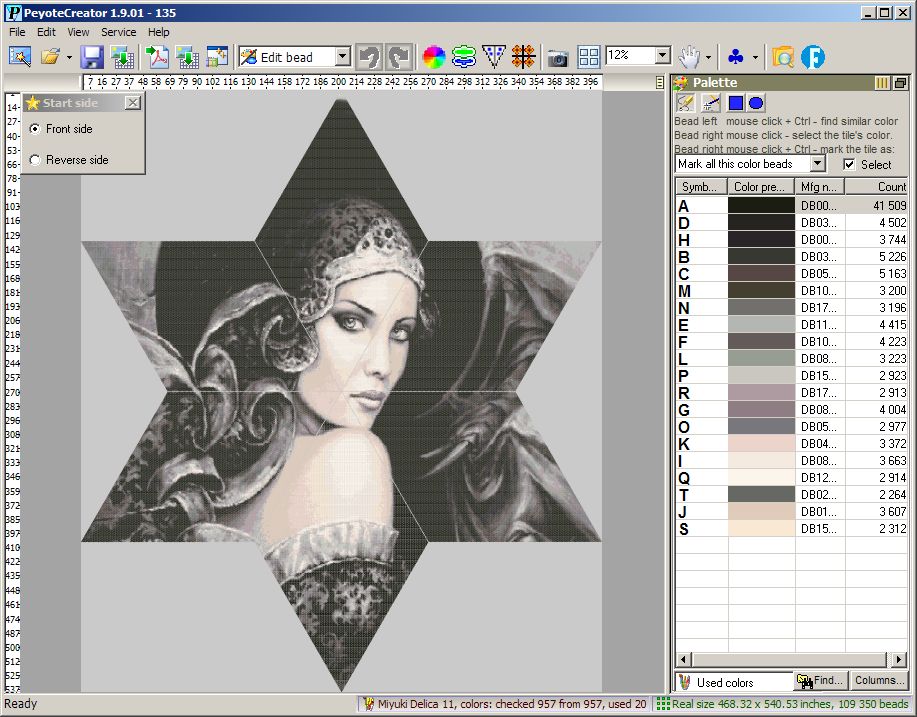 To make it easier to understand the schemes of a star, you can deduce its legend. The legend of a star is an alphanumeric marking of its characteristic points, which makes it easy to compare the beads of images of both sides of the star with images of its warped squares. This greatly facilitates the understanding of word chart of the beading scheme, namely, how to bend and connect the squares to get a star. This marking is especially useful – a legend for novice lovers of beading. The program allows you to turn on/ off the legend output, as well as customize its appearance.